Share a memory
Obituary & Services
Tribute Wall
Read more about the life story of William and share your memory.

Lieutenant William Martin Flynn passed away peacefully on Sunday, January 22, 2023, at the age of 93.
Bill was born on October 16, 1929, in Mamaroneck, New York. He enlisted in the US Navy at the age of
17 to serve in the Pacific Theater at the end of WWII. Bill continued his commitment to the Navy
throughout the Korean War. He was awarded the military title of a Commissioned Officer. He served a
total of 25 years active duty in the US Navy. Bill enjoyed recounting with family and friends the
numerous adventures from his service in the military. He was honored to wear the United States
uniform and proud of his Veteran status. After Bill’s Navy retirement, he continued to leverage his
advanced military training and worked for the Department of Energy’s Pittsburgh Naval Reactors Office
in West Mifflin, PA. where he received many awards for outstanding job performance. Bill retired in
1995 at age 67.
Bill was a long-time resident of Monroeville, PA. He was a devout Catholic and dedicated much of his
free time to St. Bernadette Parish. He enjoyed gardening, bowling, and watching football games. Bill was
a die-hard Steeler fan.
He is preceded in death by his father, William M. Flynn, mother, Margaret Flynn, and five of his seven
siblings from their large Irish family. Bill is survived by his wife of 43 years Bernadette (Getto) Imro Flynn,
stepchildren Suzanne Mego, Lisa Imro, Andy Imro (Andrea), Amy Imro (Jeff Broderick), and Jennifer Imro
(Scott Page), children William and Katherine Flynn, sisters Patricia Artman and Dorothy Mc Owen. Bill
adored spending time with his seven grandchildren, Amanda (Mego) Pryzmenski, Joe Mego, Alaina,
Austin and Ava Imro, Cody Page and Zachary Broderick. Great-grandchildren are Natalie Woods, Gianna
Pryzmenski, and Landon Palumbo. His final charitable act was the donation of his body to scientific
research at the UPMC Medical School.
It was Bill’s wish that in lieu of flowers, charitable donations be made in his name to St. Jude Hospital for
Children. ( https://www.stjude.org/donate )
A Memorial Mass will be held at Christ the Divine Shepherd (formerly St Bernadette Parish) in
Monroeville, Pennsylvania at 12:00 PM on Saturday, February 11, 2023. Burial will be at a later date in
Arlington National Cemetery. 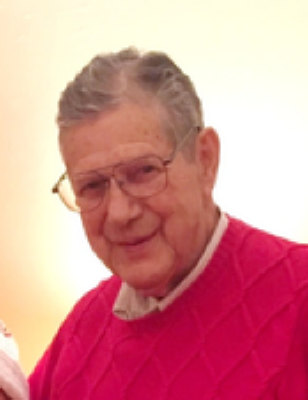