Share a memory
Obituary & Services
Tribute Wall
Read more about the life story of Sally and share your memory.

The world lost the remarkable Sally Newman on September 23, 2022 at the age of 93. She tenaciously lived life to the fullest right to the end.
Sally May Faskow was born to Albert and Estelle on June 4, 1929, in Brooklyn, NY. Sally attended The Juilliard School at age 16. She was a concert pianist, a conductor, and a music teacher. She met the love of her life, Ted Newman, in a music group. She earned a Master's Degree from Columbia University Teachers’ College in 1954, and her PhD in education from Univ. of Pittsburgh in 1973. Sally established and served as Executive Director of Generations Together – the first university-based intergenerational studies program in the United States. She was the founding Editor-In-Chief of the distinguished Journal of Intergenerational Relationships. Sally won many prestigious awards and was invited to the White House several times for awards.
While Sally charged into her career with resolve and focus, she also became a pilot to overcome her fear of heights, dedicated hundreds of hours to Democratic political causes, traveled the world, kept a magnificent garden, was a champion for social justice, regularly attended the Pittsburgh Opera, played piano, and adventured throughout the world with Ted.
Sally was a passionate loving grandmother, putting her life's work into action in her own story. Sally was loyal, always true to her word, and exceptionally generous with her time.
Sally will be remembered for her engagement in the news and current events, reading the Mueller Report for her 90th birthday, blaring opera through the house on Saturday mornings, long phone calls with her family, playing Beethoven’s Moonlight Sonata on the piano even after arthritis numbed her fingers, planting flowers on her balcony, random gifts to her grandkids, and unwavering convictions. Sally made this world a better place. Many have said “Sally changed the course of my life”.
Sally was preceded in death by her beloved Teddy; she is survived by her son, David Newman (Uma Bhatt), her daughter, Dara Newman (Scott Samuels), her sister, Ricky Fullman, her grandchildren, Tessa, Leah, Tilahun, and Ari José, and her beloved caregivers. 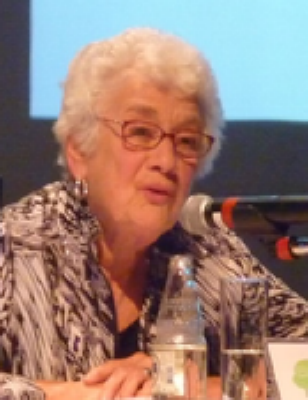