Share a memory
Obituary & Services
Tribute Wall
Read more about the life story of Rose Marie and share your memory.

Rose Marie was born and raised in McKees Rocks, PA, and was the first child of Mary Rita (Condeluci) and Joseph Catanzarite. She and her four siblings—Jeni, Connie, Josie, and Pat Catanzarite—were part of a large Condeluci clan still well known in the area. Her cousin on her father’s side, Pat Catan, was the founder of Pat Catan’s arts and crafts stores, which at one time had over thirty stores in the Ohio area.

She graduated from Stowe High School in 1943, where she was a member of numerous honor societies, including the Quill and Scroll. She then graduated from the Pittsburgh Institute of Aeronautics and worked at the Pittsburgh Air Base during World War II, where she recalled—with much distress—typing up orders that sent soldiers to their fates in either Europe or the Pacific.

After the war, she worked in the administration offices of Jas. H. Matthews & Co., a tool-and-die manufacturing company across from Forbes Field, in the Oakland section of Pittsburgh. It was there that she met and fell in love with her co-worker, Elmer J. Fries (1924-1981), a Pittsburgh native and World War II Navy veteran.

In 1948, she and Elmer married and they had five children: John, Diane, Joan, Amy, and Laura. They raised their family in Coraopolis, PA, and later in Natrona Heights, PA, where Elmer was a partner in an insurance business. Rose Marie played a key administrative role in Elmer’s early businesses and later in his final business, Fries Insurance Services, which specialized in volunteer fire companies.

While in Natrona Heights, Rose Marie was active in various social clubs and foundations, most notably the Burtner House Restoration Society, which secured the preservation of a circa 1818-1821 stone house that was once part of a working farm. The home had been slated for destruction, but due to the tireless efforts of the Restoration Society, Burtner House was added to the National Register of Historic Places in 1972 and remains one of the most important cultural sites in the area. During this time period, she was also an active campaign volunteer for Senator John Heinz.

In 1987, Rose Marie moved to Springfield, Virginia, and became a volunteer at the George Bush Sr. White House, answering phones and proofreading White House correspondence. She and fellow volunteers formed a bridge club that carried on for many years after their White House service ended.

Throughout her life, Rose Marie loved books and reading. She devoted many years of volunteer service to Fairfax County Public Libraries and always said that when she died, she was going to the “great library in the sky.”

Rose Marie was an alumna of the Osher Lifelong Learning Institute at George Mason University and participated in a dozen Elderhostel programs, including courses in England and Italy.

Rose Marie also loved nothing more than heading out on a road trip or taking off on a plane. In her younger years, she traveled with her husband Elmer to resort destinations in the western United States, the Caribbean, and Europe, and later, she regularly visited family in Hawaii, Arizona, California, Seattle, Florida, and Pittsburgh. She also loved Las Vegas and Disney World, but the beach held a special place in her heart. As a young mother, she organized annual family vacations to Rehoboth Beach and later took part in yearly family gatherings in Dewey Beach.

In 2012, at the age of 86, she moved into independent living in the Greenspring retirement community, where she continued reading, collecting, dining with friends, and socializing with her large family as often as she could.

Despite her many interests and activities, family was most important to Rose Marie. She always said there was no one she’d rather spend time with.

A true matriarch in every sense of the word, she hosted many holiday gatherings throughout her life, and all of her siblings, children, and grandchildren have cherished memories of her delicious dinners and welcoming home.

Rose Marie was a vibrant and healthy 94-year-old, and people often remarked on her youthful nature and vitality. She was fortunate to live to get to know her nine grandchildren (she danced at every wedding!) and her eight great grand-children. To them, she was their beloved “Grammy” and “Great Grammy.”

Rose Marie will continue to be treasured in the hearts of her family forever. 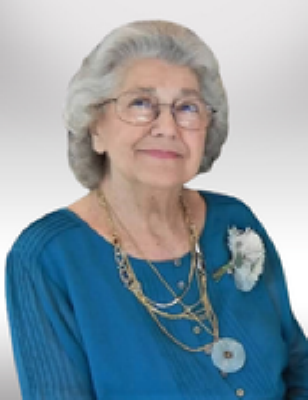