Share a memory
Obituary & Services
Tribute Wall
Read more about the life story of Michael and share your memory.

It is with a broken heart that the Hanni family announces that Michael Stephen Hanni, age 27, went to be with our Lord on February 16, 2021 as a result of complications from Covid-19.Michael is survived by his loving parents, John and Becky Hanni of Robinson, adoring siblings, Tori, Maria and Sophia, and fur sister Sadi; grandmother, Nancy Nehez of Erie, grandparents, John and Charlotte Hanni of Scranton, PA. In addition to his parents, sisters and grandparents, Michael is also survived by his aunts, uncles, and cousins: Lisa, Earl, Anna and Meghan VanWert, Joe, Nicole, Sam, Louis, Bill, Sara, William, and Mazel Hanni, many cousins in Easton, PA, North Addams, MA and Merritt Island, FL and many, many friends. He was preceded in death by his grandfather, Stephen A. Nehez of Erie, PA. Michael was born on  March 5, 1993 in Pittsburgh, PA. He graduated from Montour High School and Parkway West Career and Technology Center in 2011. Michael graduated from Indiana University of Pennsylvania’s (IUP) Culinary Academy in 2013 and earned his B.S. in Hospitality Management from IUP
in 2015. Michael earned his M.A. in Student Affairs and Higher Education in 2019 from IUP. While in graduate school he was a Graduate Assistant in the Office of Student Conduct at the University of Pittsburgh at Johnstown and completed practicum experiences in the Office of Student Conduct at California University of Pennsylvania and the Office of Housing and Residence Life at La Roche University. Michael has been the Coordinator for Student Conduct and Housing at Youngstown State University since 2019. Michael had a smile that would light up a room. He was quick witted and always up for creating shenanigans with his family and friends. Michael was an avid sports fan, especially for his beloved Pittsburgh teams. Michael lived his life strong in faith and showed love for all those around him. He will be dearly missed. Visitation will be at Anthony M Musmanno Funeral Home on Friday, March 5, 2021 from 2pm – 8pm. A funeral Mass is scheduled for Saturday, March 6, 2021 at 12:00 pm  Archangel Gabriel (Holy Trinity) in Robinson Township, PA. In lieu of flowers, the family requests donations be sent, in Michael’s honor, to Four Footed Friends inIndiana, PA.
www.fourfootedfriends.org 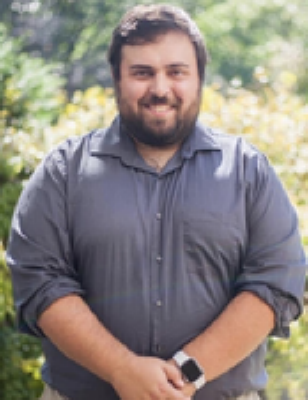