Share a memory
Obituary & Services
Tribute Wall
Read more about the life story of Josephine and share your memory.

Josephine M. Catanzarite, age 88, of McKees Rocks, passed away on June 4, 2022. She was born in McKees Rocks, PA, on August 31, 1933, to the late Mary (Condeluci) and Joseph Catanzarite. She was the cherished sister of the late Rose Marie (and late Elmer) Fries, Jennie (and the late Dale) Johnson, the late Connie (and late Marsh) Wilcher, and Pat (and Libby) Catanzarite.In addition to Pat and Libby Catanzarite and Jennie Johnson, Josie is survived by loving nephews, nieces, and in-laws John and Sheryl Fries, Diane and Kevin Dolan, Joan and Kevin MacDonell, Amy Fries and Mark Eisenhower, Christine Catanzarite, Laura Fries and Jack Schutzius, Paul and Selena Catanzarite, and Gina Catanzarite and Howard Shapiro; grand-nieces and nephews and in-laws Connor Dolan and Jody Robbins, Mackenzie Fries, Gretchen and Steve Hay, Jessica and Matt Verrochi, Hayley and Justin Herzing, Rachel and Kyle Lilly, Mary and Eli Blake, Emma Schutzius, Gianna Catanzarite, Sasha Shapiro, Nikita Shapiro, Anthony Catanzarite, and the late Brian Schutzius; and numerous great-grand-nieces and nephews. Josie also will be warmly remembered by cousins from both the Condeluci and Catanzarite families; and her lifelong friends. Josie grew up in McKees Rocks and was a 1951 graduate of Stowe High School, where she was a cheerleader for the Stowe Stallions.  She started working at The Pittsburgh YMCA shortly after high school, and later moved on to a 24-year career at the Pennsylvania State Education Association before retiring with distinction in 1996.  She loved family get-togethers, holiday and birthday celebrations, traveling (beaches, Disneyworld, and Vegas were among her favorites); and lively lunches with friends.  Josie was easily recognizable as she zipped around town in her powder blue VW Beetle. She was a devoted Steelers fan, and a lover of hors d’oeuvres, rich desserts, and Mancini’s bread.  Although she faced health challenges in her later years, she remained a loving, loyal, and generous sister, aunt, and friend; and she appreciated visits and the many letters, pictures, and videos that were sent to her.  While Josie will be dearly missed, her family takes comfort in the fact that her pain has ended and that she is reunited with the beloved family members who preceded her in death, especially her mother and her sisters Connie and Rose Marie. Family and friends are welcome for visitation on Sunday, June 12, 2022, from 2:00pm to 8:00pm at the Kennedy Township location of the Anthony M. Musmanno Funeral Home, 941 McCoy Road, McKees Rocks, PA. 15136.  A funeral service will be celebrated on Monday, June 13, 2022 at 11:00am in the Musmanno Chapel.  Interment will follow at St. Mary Cemetery in McKees Rocks.  In lieu of flowers, the family suggests that contributions in Josie’s memory be made to McKees Rocks Focus On Renewal (FOR) www.forstorox.org/ 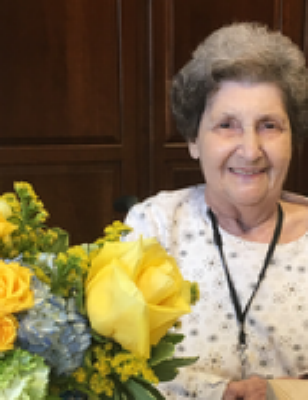