Share a memory
Obituary & Services
Tribute Wall
Read more about the life story of Clotilde and share your memory.

CLOTILDE ANN (KROBOT) CIRILANO, died April 26, 2021, at 12:00 Noon, at her home. She was born on January 2, 1931, to William and Clotilde (Tomasitis) Krobot. She is survived by her husband of 65 years, Joseph J. Cirilano, her children, James Cirilano, Erich Cirilano (Michael Daley), Clotilde Scioscia (Oreste Scioscia), Joseph J. Cirilano, Jr. (Jeanne Held Cirilano); grandchildren, Vivian Cirilano, Clotilde Cirilano, Oreste Scioscia, Jr., Christopher Scioscia, Jacob Scioscia, Chlotilde Scioscia, Catherine Scioscia, William Scioscia, Joseph J. Cirilano, III, Mia Cirilano, and great-granddaughter, Corinne Scioscia. She is also survived by her sister, Corinne (Krobot) Donaldson, and brother, Joseph Krobot. The three most important things to Clotilde were faith, family, and friends. Her faith in Our Lord was unwavering and guided her throughout her life. Her love for her family was unconditional and it has and will continue to sustain them. Her friends were an important part of her life, and she cared deeply about them. She was passionate about fashion - designing her own clothing with the help of a close friend and accomplished seamstress, Elima Leone. She will be greatly missed by everyone who knew her. Family and friends are welcome on Thursday, April 29, 2021, 4 p.m. to 7 p.m. at the Kennedy Twp. Location of ANTHONY M. MUSMANNO FUNERAL HOME, INC., 941 McCcoy Rd., McKees Rocks, PA 15136. Mass of Christian Burial will be celebrated on Friday, 10:30 a.m. in Archangel Gabriel Parrish, St. Malachy Church. 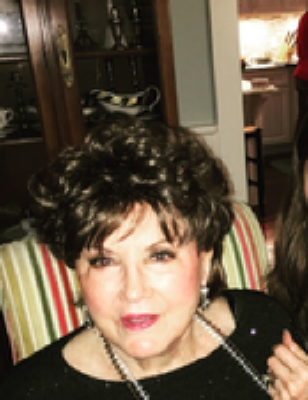