Share a memory
Obituary & Services
Tribute Wall
Read more about the life story of Anthony and share your memory.

Ranalli
Anthony “Skip”
Age 83, of Kennedy Township passed away on Friday morning, November 19, 2021 after a brief illness. He was born in McKees Rocks, Pa on April 04, 1938. Son of the late Frank and Lena (Violante) Ranalli. He leaves his devoted wife of 62 years, Catherine Ranalli and his two children Anthony Ranalli and Gina (Ranalli) Jones and her husband Matt Jones of Oakdale, PA. Loving Grandfather of Lisa (Jones) Feola and her husband, Tony Feola of Pittsburgh, PA, Christine (Jones) Nida and her husband Adam Nida of Pittsburgh, PA and Matthew Jones and his wife Stacy (Hollkamp) Jones of Beaver, PA. Great grandfather of Austin Nida, Luke and Liam Feola and Jacob Jones. He also leaves his brothers Pasquale (Pat) and Andrew Ranalli, His sisters Rae (Ranalli) Altmeyer and Eleanor (Ranalli) Kletz and sister in laws Betty and Mary Ranalli. He was preceded in death by his sister Julie (Ranalli) Matarazzo and brother in laws John Kletz and Jimmy Matarazzo. Skip received a citation from the United States Naval Forces for his heroic achievements in the performance of his duties while serving on board the USS IRWIN on 16 - 17 March 1956. Without thought of personal safety, displaying unselfish and untiring efforts, he leaped on board the launch in an endeavor to rescue KANE in the face of severest storm conditions. Skip worked at J&L steel, Also worked at Kennedy Township’s road department, volunteered with his good friend Mel Weinstein for over 30 years delivering food to families in need for holidays. He always took time out of his life to service those in need, never denied the opportunity to help whenever and wherever he was needed. Family and Friends are welcome to attend a funeral service on Tuesday, November 30, 2021 at 11:30 am in the Anthony M. Musmanno Funeral Home Chapel 941 McCoy Road McKees Rocks, (Kennedy Twp.) PA 15136. Burial with military honors will follow at the National Cemetery of the Alleghenies. 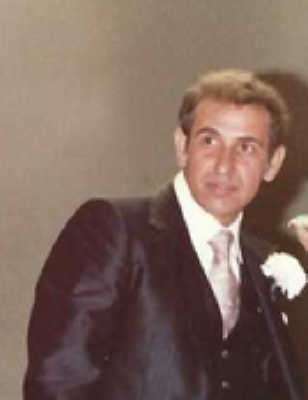