Share a memory
Obituary & Services
Tribute Wall
Read more about the life story of Angela and share your memory.

Angela Spadaccia Ciccone of Pittsburgh left this earthly realm on Friday, November 20, 2020. She was the dear wife of the late Ralph Vincent Ciccone, beloved daughter of the late Joseph and Elizabeth Ventimiller Spadaccia, and beautiful sister of the late Frank A. Spadaccia and Lucille Spadaccia Renschler. She is survived by a sister, Marian Spadaccia (Thomas) Marnich; two sons, Michael A. (Joanne) and Jeffrey A. (the late Tom Holman) Ciccone; two grandsons, Timothy M. (Jennifer) and Patrick W. (Kristin LaBuz) Ciccone; a great-granddaughter, Fiona Hanmei Ciccone; and many cousins, nieces, nephews, grandnieces, and grandnephews.

Angela was born on November 9, 1928 in Stowe Twp., PA and lived her entire life there except for about a year in Lawton, Oklahoma where she accompanied her husband who served in the US Army at the start of the Korean War and for about two years in Vincentian Marian Manor nursing home in Pittsburgh just before her passing. Angela graduated from Stowe High School in 1946, received a Bachelor of Science degree from the University of Pittsburgh in 1950, and a Master of Education degree from the same university in 1970. She was a fulltime and substitute teacher for 37 years in the McKees Rocks, Stowe, Sto-Rox and neighboring school districts, fulltime for the first grade from 1967 to her retirement in 1992.

Angela became a tireless advocate for her sons after the untimely passing of her husband in 1954. She was also very devoted to her parents, siblings, and extended family throughout her long life. She was a lifelong member of Mother of Sorrows Roman Catholic Church in Stowe Township, which in later years was folded into St. John of God Parish in McKees Rocks. Angela was a member of the Sigma Sigma Sigma sorority, where she served for a time as President of the Pittsburgh Alumnae Chapter and remained active into the 2010s. She also was a member of the Ohio Valley College Club, helping to raise funds for scholarships for Montour and Sto-Rox women graduates, and served on the Pittsburgh Alumnae Panhellenic, an umbrella group of sorority alumnae.

Family and Friends are welcome for visitation on Sunday, Nov. 22, 2020 6-8 and on Monday, Nov. 23, 2020 2-4 and 6-8 at the Kennedy Township location of the  Anthony M. Musmanno Funeral Home, Inc. 941 McCoy Road McKees Rocks, Pa 15136. Mass of Christian Burial will be celebrated on Tues. 9:30 am in Archangel Gabriel Parish, the Church at St. Mary’s.  Memorial donations may be made in Angela S. Ciccone's name to the scholarship program of the Sigma Sigma Sigma Foundation, 225 North Muhlenberg Street, Woodstock, VA 22664. 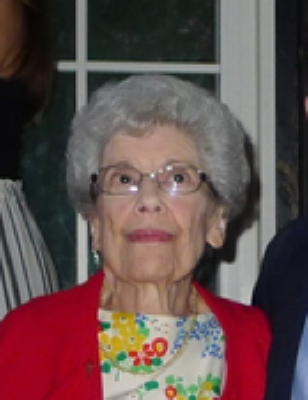